I actually have some knititng to show for! 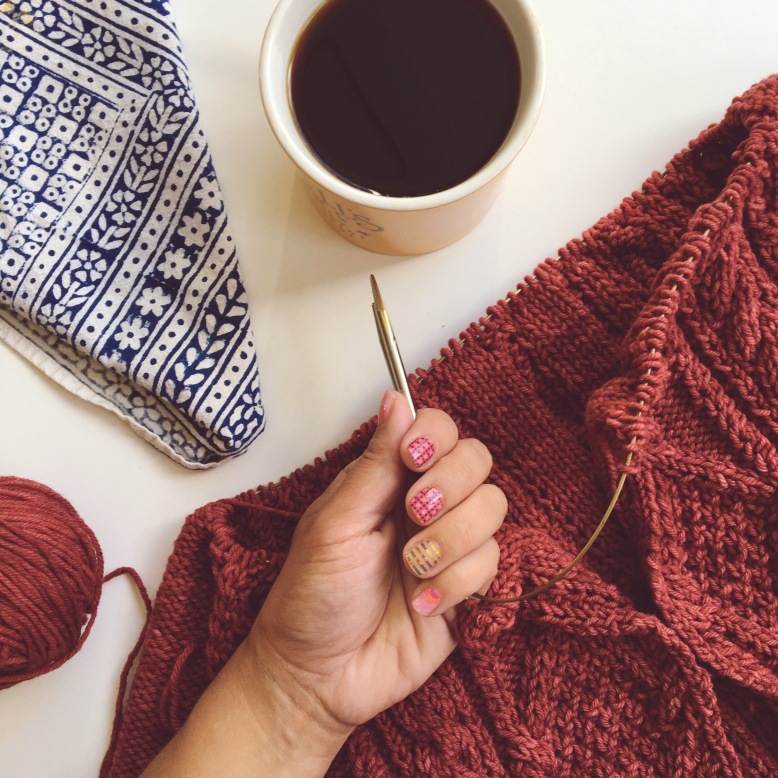 I had been working on Steven West’s Dotted Rays for a few weeks but after I ran out of yarn (waiting on reinforcements) I decided to look through my WIPs pile and found that I had two sleeves done from Cinnamon Girl by Amy Christoffers!

Dudes, sleeves can be a downer so naturally when I saw they were done I was all “let’s get this finished!” 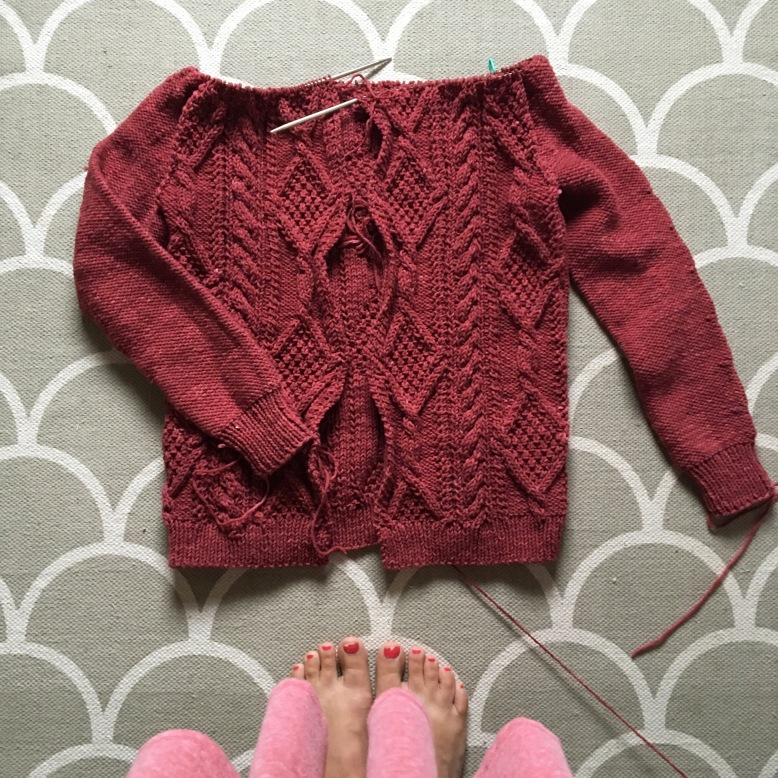 There’s something great about a cabled sweater, because you have so much to do it makes it move along quickly. So quickly in fact that I was cruising along nicely until I realized I did the cable chart wrong. I doubled the diamond part without realizing it. I blame knitting while watching Stranger Things! (Which by the way lives up to the hype! So good! Winona Forever!)

I thought for a hot moment that I would just rip back the cables and not the entire row but it would have proven too complicated. I could also have left it and doubt that many would notice but I know I would.

Ripping hurts a little bit more in this stage of my life where knitting time comes at a premium. All those precious minutes spent working all for naught. While I like to think I knit just to knit – I am very much driven by the end product.

I cannot tell you how excited I am to finish this sweater. Did you know I haven’t finished a sweater since 2013? I realize that may not sound that crazy but you’re talking to a girl who could knit 14-15 pieces in a year down to 1 every 3.

I hope to wear this sweater at Rhinebeck this year and who knows if I’m lucky (which I doubt) maybe I’ll finish a 2nd one in time! (My eyes are on you Flaum. ;-))

View all posts by Margaux Hufnagel